amethyst_witch nominated me to post covers of seven books I love - one cover a day for a week. There is to be no explanations or reviews, just covers. Each time I post I will ask someone else to take up the challenge. Obviously it goes without saying that if I tag you and you don't want to it, you don't have to do it. Please do not feel obligated to join in.

Book cover of the day :

as my next victim I would like to nominate

Last year in October the orchestra where I play gave a concert for the senior citizens. We had music from the thirties and forties on the playlist, mostly arias from operettas. We also provided transportation for those who were less mobile and would have problems to get to the concert on their own.
Each year the municipality awards a number of people/organisations  that have done something outstanding in the past year. And this year we were one of the 7 to receive such an award. We got it because it was the first time ever a concertband organised such an event.
It is tradition that when an award winner is someone who plays/sings/dances he/she is expected to play/sing/dance to brighten up the evening. We played three aria's we also played on the original concert, with the same singer. After the ceremony there is of course a little party.
This is our award. It symbolises a feather because the name of the award is (loosely translated) "a cultural feather" (in our cap). 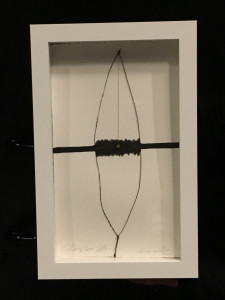 The other award winners where a youth organisation, a rock ballet group, someone who had made a movie, a man who had organised an event to sponsor the research on cancer, a poetes and an autor of children's books.
Collapse